Vishal Bhardwaj is famous at least in the west mainly for his Shakespeare adaptations Maqbool and Omkara. In Kaminey he takes the ever popular Bollywood trope of identical twins, adds a surprisingly modern take to the love story, some bad ass ganstas and a lot of influences from Guy Ritchie films. In the film, the good twin Shahid Kapoor, who works for AIDS prevention non-profit, finds out that girlfriend Priyanka Chopra is pregnant. After his sadly very true to life caddish first reaction (abortion is murder, I am not going to be responsible, is it even mine) he decides to marry Priyanka. Unfortunately Pryanka’s brother is bhai in both meanings of the word – brother and gangster - and as ultra national maharastrian is less than happy to see his sister marrying a man from Uttar Pradesh. The Bad twin Shahid Kapoor is a bookie and small time criminal who accidentally ends up with a guitar case full of cocaine, and gets chased by police and the drug dealers both. The plot twists and turns bringing the brothers together in a great climactic shoot-out at Bhope bhais compound. I loved Kaminey. It was carelessly violent in the way Indian movies often are, but the plot was satisfyingly twisty, the dialogue was great, the love story was true, and Dhan Te Nan is a great song, nevermind the Misirlou influences. Definitely on my top ten Indian movies list, this.

In Love Aaj Kal we meet Saif Ali Khan and Deepika Padukone, young desis living the modern life in London. When work separates them, they decide to break up instead of having a long distance relationship, but during the film they find out they really can’t get the other out of their mind. Parallel to the modern story Rishi Kapoor tells Saif Ali how he romanced a beautiful Indian girl in the 1950s India. I wonder if this would be a good portal movie, at least for romance-reading westerners. The movie has very much a feel of a straight up romance with some misunderstandings, angst and also some typically Indian concerns about tradition versus modern life thrown in. I found it nice but forgettable. The most memorable thing was the Brazilian model Giselli Monteiro as Rishi Kapoors love interest, she was adorable as the quiet demure Harleen.

Eklavya was again one of the non-masala movies. It is still very indian in the sense that it goes for big drama, but there is only one song and its length is comparable to western films. The genre is nearer Shakespeare than anything else, though there is a Mahabharata story in the background. Eklavya is a story of an rajasthani princely family, living their lives pretty much untouched by the modern world. When the queen dies, the son of the family (Shaif Ali Khan) returns from the west and ends up in the middle of both a family tragedy and the tension between modern and historical way of life. In the course of the film both he and the faithful captain of the guard Eklavya (Amitabh Bachchan) have to make difficult choices that will force them to choose between love and duty. Eklavya is a film that is wholly carried on the formidable shoulders of Amitabh Bachchan, and he delivers a powerful and restrained performance which must rank among his best. Shaif Ali - whose career’s stand out performance was as the Indian version of Shakespeare’s greatest villain, Iago – also delivers, and the scenes he shares with Bachchan are pure gold. My only quibble was that if you cast Sharmila Tagore and Shaif Ali Khan as mother and son (as they are in real life), it would have been nice to see them together.

Dil Bole Hadippa had two things going for it. Firstly the male lead was the adorable Shahid Kapoor, and secondly Rani was going to dress up as a man. See, Rani is a small-town girl working in his uncle’s dance theatre near Amritsar. She is also a hell of a cricket player, “left and right batsman”. When the town’s team looses for the umpteenth time to a team from Lahore in a friendly, team’s sponsor Anupam Kher sends for his son Shahid who is a pro in England. Shahid begins to put together a team, but as a girl Rani does not get past the gates of the cricket ground on the try out day. So she dresses up as a boy and gets in. Shahid, of course falls for his new player’s “sister”, and understands the ruse only when the crucial game is already being played. Again, we are in the full masala territory: “Dil Bole Hadippa… is set, in a mythical Punjab where fields are always swaying in the wind, colourfully dressed men and women are always waiting to break out into a vigorous dance, and everyone cheerfully chomps on sugar cane and drinks lassi.” This is big, colourful, a bit patriotic and fun sporty romance with a message about women’s equality. Shahid was great, Anupam Kher wonderful and Rani actually managed to pull off the drag most of the time. Also she and Shahid were a much better jodi than I would have ever imagined. Also, unlike in Lagaan I actually managed to understand something of the cricket. Me liked. 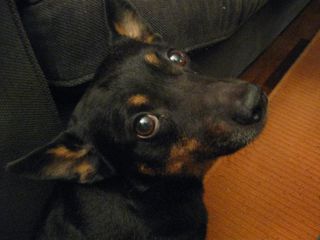 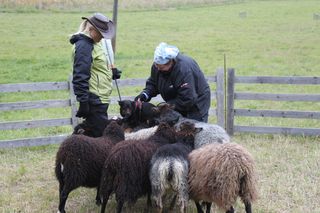 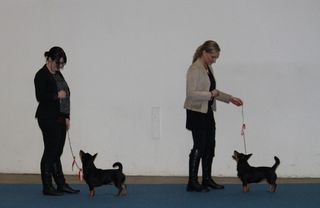